What is Quality, How is it Quality and Why? 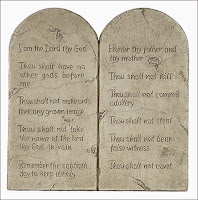 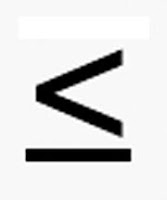 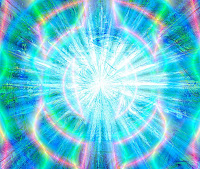 Today I find myself inspired by the day that it is and also by some things I’ve come to read as of late that further have served to have brought together my thoughts of what currently separates those that attempt to primarily have answered the questions of the how and what, in respect to those concerned only with the why. It all came about when one of the authors of my favourite blog wrote some pieces as to explore how it is that science might be measured to be improved through the refinement of its method (s) and also what might even exceed them. It was realized by many in the end that what this comes down to is to be found in the understanding and the recognition of what quality is, as to how it can be recognized and then be so assured.

So not being a scientist or a philospher by way of vocation I can only offer opinion from the perspective I’m most familiar and that being resultantly involved in the manufacturing industry. Here I would make note that both in industry itself and more so in the public’s general perception that quality control and quality assurance are often confused as being one in the same. That being quality control is something that can be given metrics (ways of measuring), as in the end be able to only know what the instance of failure should be, relative to the degree of inspection and the technical method(s) of assembly used.

However, quality assurance in the end can only be accomplished by all those involved in the process, as relating to how much they care about the quality of what they produce, as to having it only to be assured by them; rather than by anything before or after applied to measure success or failure. Now it’s true caring can be at times be encouraged by means of positive or negative motivation, yet unless one considers people being the same as donkeys, as only responding to the carrot and stick, who other then the individuals themselves can have quality assured. So my more general thoughts rest in how to increase the quality of individuals being more fundamental then considering how to measure the quality of what it is we would like them to do or produce.

In understanding this I’m brought to consider how religion or more generally philosophy is considered in such respect, with this being the day that many of a particular one is observing perhaps its most important. That is to question whether it be considered as a methodology of quality control or rather that of quality assurance? One could say for example that the Ten Commandments are metrics of quality control within the philosophy and yet only with the understanding and practice of the golden rule (central to this and many philosophies) can quality be assurred. Then we can look around as to discover who are those that find it simply enough to be able to measure and be measured by the metrics applied to what’s considered as being good as opposed to who and how many understand what’s truly required to have recognized when quality resides and why; not just in others, yet more importantly in themselves. So what I’m suggesting is there is a link between motivators of passion and those of compassion and that it is only when they can coexist that quality can be assured or even have it recognized.

So to conclude I would argue that whether it be science or philosophy, that the quality of each can only be realized as to be assured by in first finding reason to care, which begins in understanding as to find true two things first given attention by Socrates having one as “to know thyself” and the other to understand “the unexamined life is not worth living”, which if reasonably considered inescapably leads one to the golden rule. The question of course that stiil stands to be answered being, are we by our very nature creatures of reason or not.

“The difference between a good mechanic and a bad one, like the difference between a good mathematician and a bad one, is precisely this ability to select the good facts from the bad ones on the basis of quality. He has to care! This is an ability about which normal traditional scientific method has nothing to say. It's long pasttime to take a closer look at this qualitative preselection of facts which has seemed so scrupulously ignored by those who make so much of these facts after they are "observed." I think that it will be found that a formal acknowledgment of the role of Quality in the scientific process doesn't destroy the empirical vision at all. It expands it, strengthens it and brings it far closer to actual scientific practice.”

Comments:
I am not at all sure how Socratic thought leads to the Golden rule, but let's have a go at it.

-Know thyself.
-If one is to know thyself one must measure (metrics!) oneself in comparison to others in our immediate community.
- In order to compare oneself to those in the community, one should get along with them.
- In order to get along with them, it would most likely be in your best interest to treat them as you wish yourself to be treated, regardless to how they treat you.

OK, that works for me.

About 20 years ago or so, Carl Sagan and Ann Druyan wrote a wonderful piece in the Sunday supplement of newspapers. I wish I still had it, I think it's the best thing Sagan ever wrote.

It basically compares three "rules" by which various societies organize themselves:

Computer programs were run, according to the article, and the societies that had the greatest odds of living the longest were those that applied the Golden rule 80% of the time, the Silver rule the other 20%.

What do you actually DO in Manufacturing, Phil? Arc-welder? (a fine job), VP production for Lazaridis? I worked in Mfg. operations for 8 years after college. There's much more to putting out product that most people think.

Yes I think you pretty much have the gist of it, as long as you place at least equal emphasis onthe second part of examining one’s life in earnest , as only through retrospection can compassion be understood as in finding it necessary. The trouble I see today being people are first deluded into thinking its easy to understand themselves and then only wish to project this false image into the world to expect it should become the greatest concern for others. That’s how you end up with outcomes with people such as Tiger Woods running off the rails, that is despite their obvious intelligence and lack of actual intended malice. The two catch phrases for this today are having a sense of entitlement and self justification.

As for what It is I’m involved in manufacturing and my role if you leave your email address in a comment and then remove it if you like, as I will still be able to see the original entry I’ll fill you in on that privately. It’s not that I’m over cautious it’s just I don’t see the purpose of this blog as serving as a generalized social network utility.

Interesting and provides insight into "quality", not just lauding it or rough generalities. REM that "quality" has two basic meanings: 1. The matter of how well something approaches an ideal as of excellence.
2. The way one essential character differs from another in cases of no structural difference.
Regarding the first, any thoughts on TQM and how well it works?

As for the latter, like qualia in philosophy of mind: our experience of red and green as intrinsically different, not as different arrangements of constituent elements, etc. I think that is real and the nature of our experience, whether "comprehensible" in computational terms or not. (The real universe can be what it wants to be ...)


I’m glad to find you enjoyed my piece in respect to quality as it not being something that can be produced yet at best simply recognized with the aid of metrics. That is I find quality more related to principles when it comes to their origins, while the math(s) only serves as means to express the implications of its presence.


With respect to TQM i can only guess you are referring to Tegmark’s proposal that all of reality is the physical manifestation of mathematics. In such regard I would say that the recognition of quality as being a fundamental aspect of reality flies in the face of such a view, especially when coupled as to be reinforced by Godel’s revelation that mathematics is limited as being found not consistently complete within the bounds of its own axioms. One might say this further reinforces there is more to reason and with it reality than what can be had with its quantification, with that being it’s qualification.

Phil, "TQM" is "Total Quality Management" - an operational quality movement founded by William Edwards Deming (although similar ideas were building up for decades.) It is typ. applied to business and government activities. See http://en.wikipedia.org/wiki/Total_quality_management, but I am shocked at the brevity of the article.

I too, do not think quality is fully describable with maths. I was thinking mostly in terms of qualitative "essences" such as qualia. The way red and green differ to us as experiences is not structural. But also, if modal realism is false and our world is "real" in a special, non-mathematical way - then it has a special quality making it real. (But that is abstract, not like the "quality" of good and bad products and conduct, etc.)

BTW you (or others) might find my latest posts interesting. You might not have been aware that the many-worlds interpretation of QM doesn't adequately handle how to generate effective mixed probabilities (like 10% chance of one outcome, 90% of the other) from the separation of two wave states. (Your chance of being in one or the other would be half and half without some special trick to get the mix of chances.)

Thanks yet I already realized my post had been rejected, although it was sent back to me in the general email of the assembled thread. It was inspired by a post I had just written in my other blog which reflects my thoughts and concerns in regards to more general troubles in the world today. I also find them related to the type of dispute that transpired between you and Robert as relating to reason. You will find below what I had posted that was rejected if you are interest:

What I find as most evident in such discussions, being the need to be right as often mistaken for what represents as the best solution or the accommodation for only one voice seen as the being equivalent to finding consensus. It is as if Socrates had never existed or perhaps it’s as most still so lost in the forest as to have never been able to hear.

“Know Thyself”, “The unexamined life is not worth living”

thank you for sharing

nice posting.. thanks for sharing.

Nice article, thanks for the information.

By focusing on both the look and the usability of the site,
we can design it so that browsing it is a pleasurable experience.

I really liked this part of the article. with a nice and interesting topics have helped a lot of people who do not challenge things people should know.. you need more publicize this so many people who know about it are rare for people to know this... success for you.......!